The Wooden Fish Ensemble is known for its innovative juxtapositions of Eastern and Western musics, old and new, and traditional and avant-garde/experimental sounds. For this concert, they present a stimulating program of folk songs from Japan and Korea, music by Galina Ustvolskaya in honor of her centenary, and eight pieces by San Francisco’s own Hyo-shin Na–including three world premieres! Na’s music frequently combines western and Asian instruments and ways of playing, and is unusual in its refusal to compromise the integrity of differing sounds and ideas. Na prefers to let them interact, coexist and conflict in the music. Her music for traditional Korean instruments is recognized by both composers and performers in Korea, particularly by the younger generation, as being uniquely innovative. 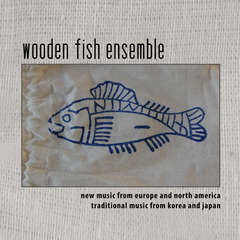